I was driving home from picking up two embryo heifers just delivered to the Rock Island Sale Barn from my cooperator in Kansas. I was pretty excited to get these two heifers home and happy to pick them up. I stopped at the sale barn just about 10 miles away. It was standard time and by 7:00 it was pitch dark. I talked to the truckers that delivered the heifers and they helped me load them on my trailer. We talked a little more and I headed home. I don't remember what all was going on, or why I waited so late to pick up the two heifers that I couldn't wait to see and by now were eight months old, but that's what happened. Normally, I wouldn't even remember that much detail. With six kids, details like that are often taken for granted. 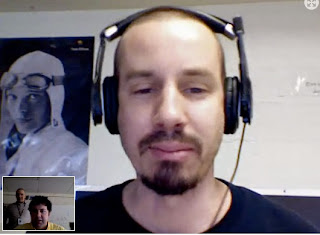 On my way home, I got THE phone call. One that I will never forget (and hope I never to get again). My brother, Joel-a physics and chemistry teacher at Moline High School, whom I teach with, called on my cell and asked if I had heard about Curtis. I unaware of the situation and said "no, what?" He said Curtis had fallen in his room and had been taken to the hospital. I acknowledged that I had heard the sirens as I was leaving school and noticed some unusual commotion, but there is almost always commotion at a high school, so I just kind of shrugged it off. Joel told me that Curtis was alert and active when they found him in the classroom, but now was in an induced coma and would need surgery to repair the damages. At the time, I don't think anyone knew what was going on. I am sure I made a smart a$$ comment about Curtis and his stubbornness or something about how he was trying to get out of teaching for a couple of days. I am sure I made a comment about him and a meeting with an administrator that occurred a couple of days earlier. I should note, Curtis was a great teacher. Dedicated, caring (although not on the surface), sarcastic, with high expectations of himself and his students. He challenged everyone-himself, students, peers and administrators. Did I say peers?? I pulled into the barnyard with no expectations of Curtis's health and expected to see his surly self by Thanksgiving...Christmas at the latest. I later learned from a friend of mine, a Lieutenant in the Moline Police Department, that the hospital said it was the worst head trauma they had ever seen outside of a car accident.
I had no idea what would happen the next seven months.
Today while reading (and re-reading) the blog that Curtis' wife Sarah has so eloquently put together, I learned a new word -bereft (deprived or lacking of something. Lonely and abandoned). As usual, Sarah has put into words my feelings better than I can.
RIP Curtis...
Your friend,
Jay
R
Posted by bohnsack at 7:51 PM

Hot Certified, Noncertified IT Skills: What You Need Now - IT Management from eWeek

Hot Certified, Noncertified IT Skills: What You Need Now - IT Management from eWeek
Posted by bohnsack at 11:02 AM 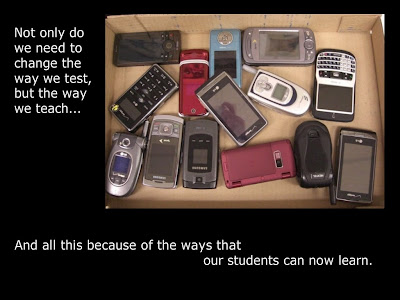 Just to clarify, I still have a job with Moline School District. I understand I will be back in the classroom. Jesse also is still employed with the school district and I believe will be promoted to the Educational Technology Department in D100.

I guess I will be getting the opportunity to practice what I have been preaching for the last nine and a half years.
Posted by bohnsack at 11:00 AM

When it's OK to eat yellow snow

Amazon is giving away a Chrismas song every day for 25 days (including the Barenaked Ladies Elf's Lament).

Go to Amazon and get yourself some holiday tunes.

The role of the teacher in the age of Google

http://www.businessweek.com/innovate/next/archives/2008/10/what_is_the_rol.html
Posted by bohnsack at 12:08 PM